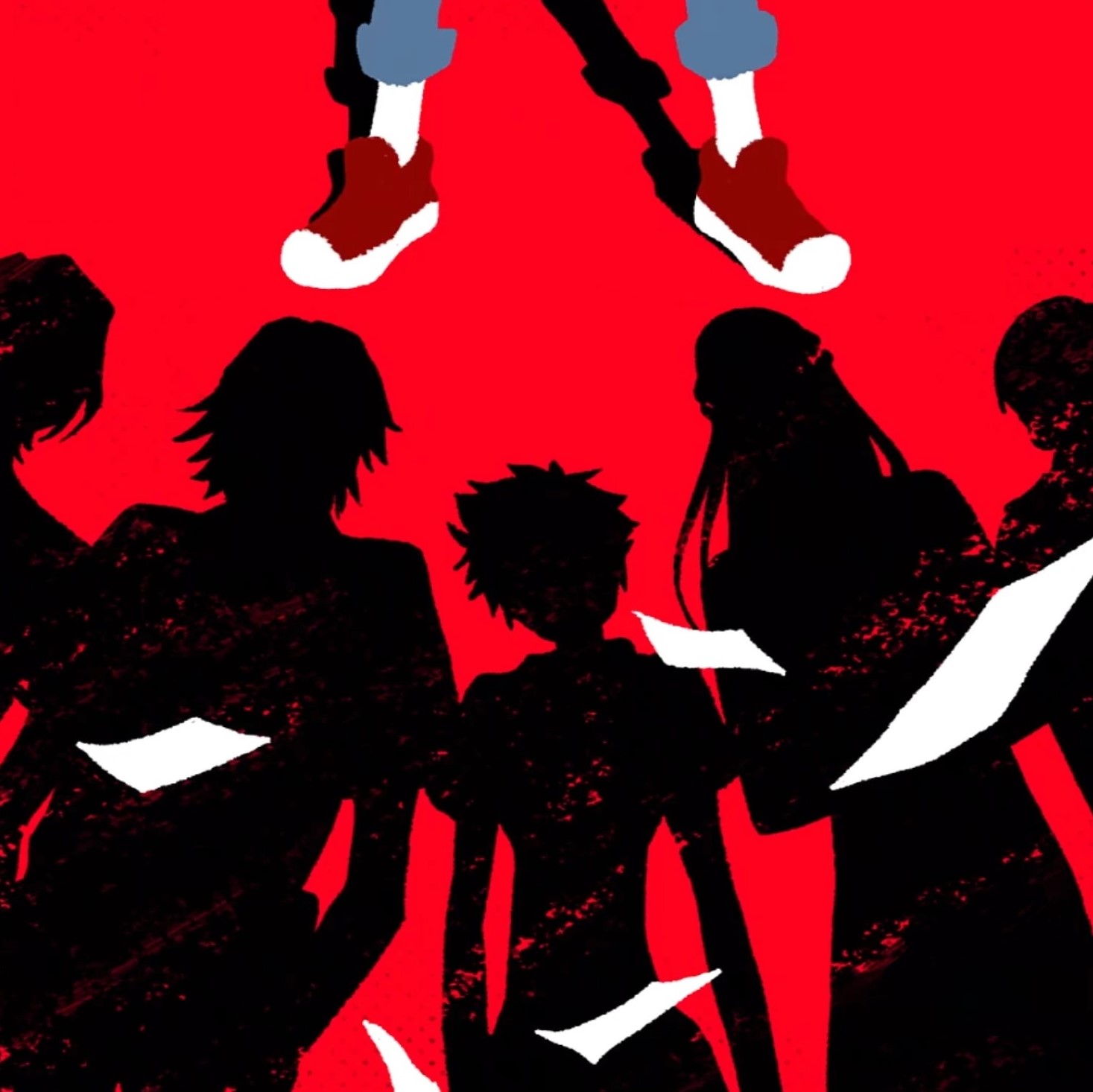 My review of The Great Pretender with great spoilers.

I’ve seen some pretty good reviews about this show but my own feelings for it weren’t so one-sided. Although I liked the concept and the visuals, I did find it lacking in conviction.

As many may already know, The Great Pretender offers an interesting premise, a milder version of Ocean’s whichever, which is not a common concept for an anime. I think that alone would be a good reason to try watching the show. The story starts with Edamura, a young two-bit scam artist, who picks the wrong target for one of his tricks. The target, Laurent, is very European and very much ahead of Edamura in the game. Before he can catch up with what’s happening, Edamura is manoeuvred by Laurent and the rest of his gang of con artists – Team Confidence – into being part of their convoluted schemes to swindle wealthy and corrupt individuals of their fortune. 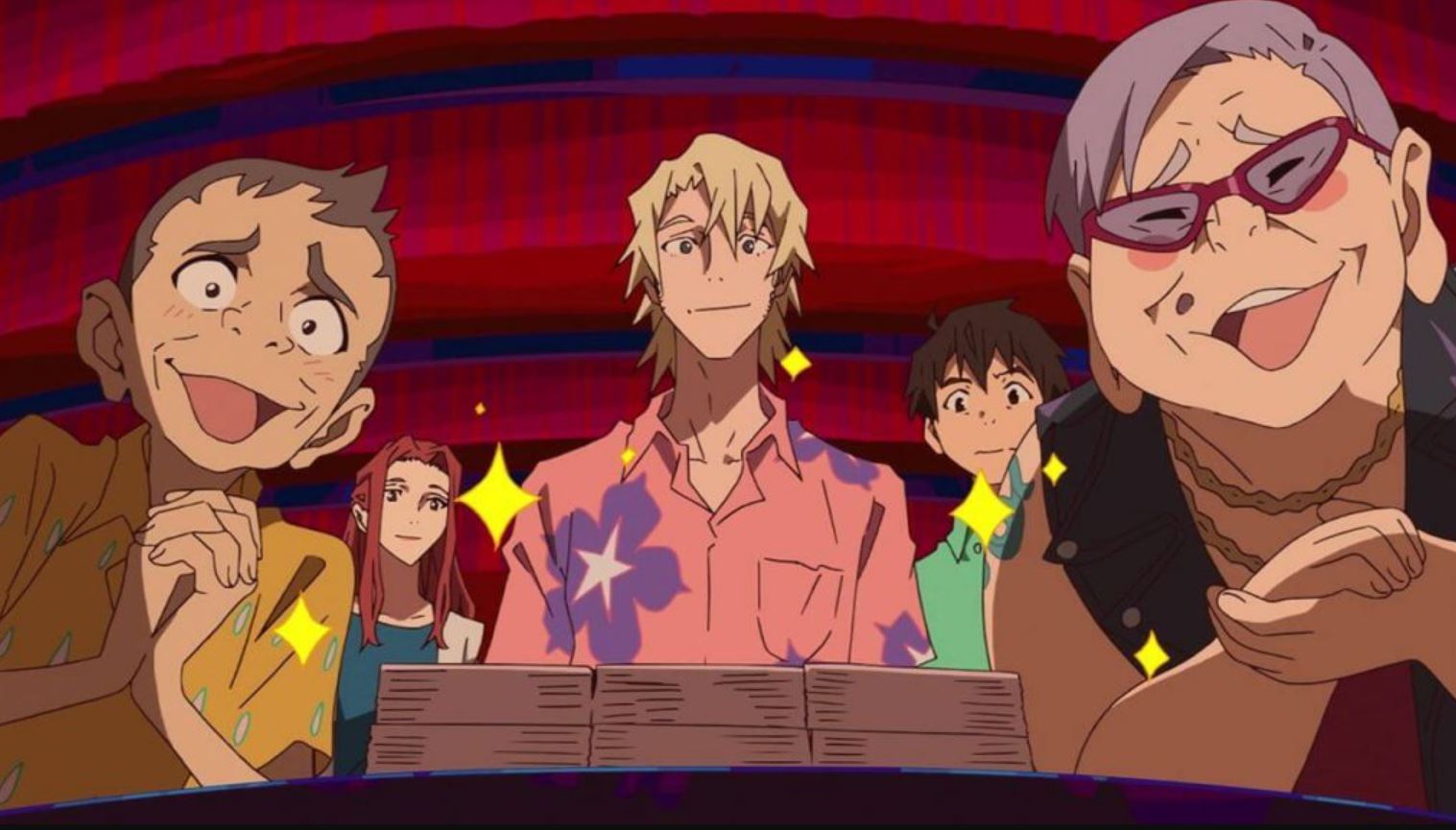 I will admit that the strategies employed by Team Confidence are interesting. As the audience, we only see half the picture as Laurent and his gang like to play it close to the chest, giving very little away. We think we know the plan, but then they pull a 180 and it turns out that the plan had been something completely different the entire time. I was particularly amused by the last one, where the building itself turned out to be an imitation.

However as entertaining as these scams are, I can’t shake the feeling that they are rather childish and should easily collapse under scrutiny. There seems to be a lot of faith placed on the targets falling for the charms of the con artists within a very short period of time. For instance, the final scam depended heavily on the ageing lady boss of the Japanese Mafia completely trusting Edamura, who is her newest employee. Why would any seasoned villain accept someone like that into their inner circle? And that too after discovering his identity as a con man! And how could Laurent, or anyone for that matter, have foreseen this?

These targets are laughably gullible. Given that they are villains themselves, they should only be too familiar with exploitation and duplicity. As such, I find their naivety hard to believe. Wouldn’t they do a proper background check before employing these con artists? And would they not have their own people or their own systems to cross reference some of the rubbish information that Laurent and his team are feeding them?

I’m also curious about the endless resources and manpower that Team Confidence seems to have to be able to pull off such stunts, but there isn’t much information given about that. I guess we’ll just have to accept that this is a very well-funded team that has somehow managed to fly under the radar of all their potential targets. It would explain why they are so confident and smug about the success rate of their scams.

While I wasn’t convinced by the scams, I think I would have still enjoyed the story more if I had actually liked the characters. Okay, I liked one of the characters – Abigail. Notwithstanding her career as a con artist, she is actually very honest about who she is and what she thinks. I didn’t feel the same way about the rest of Team Confidence.

Firstly, I think Edamura is an idiot. He spends most of the story as a pawn, playing a game that he says he doesn’t like over and over again. His whining and whinging gets old very quickly, especially since he could always walk away if he really wanted to. Secondly, I think Laurent is a manipulative low life who doesn’t consider the emotional toll that his actions may have on his pawns (namely Edamura). Also, yes, the love of his life “died” but Dorothy wasn’t exactly a martyr so I don’t know if his quest for revenge is entirely justified. Thirdly, there is Oz, the irresponsible father, who prioritised his occupation as a con artist over his family. I wish someone had shot him for real. The rest of the team don’t really stand out in any way.

I found the relationship between these characters so frustrating to the extent that when Edamura snapped in the final act, I thought it was long overdue. For a brief moment, I was even cheering for him. It was the most emotionally charged scene in the entire story, and I was eager to see if the narrative would take that turn and risk becoming something more serious. It was a good scene but unfortunately, that’s all it was, a scene in a play which didn’t lead anywhere new.

But that’s the story really. It’s not meant to be serious or dark or grim. Just look at the absurdly bright and adorable colour palette used in the animation. And look at the happy reunion that we get at the end of all the people that Team Confidence had conned. They seem delighted to be in the company again of the thieves who stole their wealth. And wow, even Dorothy has come back to life? I think you can understand, even if you can’t agree, why I feel that The Great Pretender wasn’t all that great. There was certainly a lot of potential, especially at the start, but it didn’t quite add up to much in the grand scheme of things.

You can find more of my reviews at: ennadune.wordpress.com